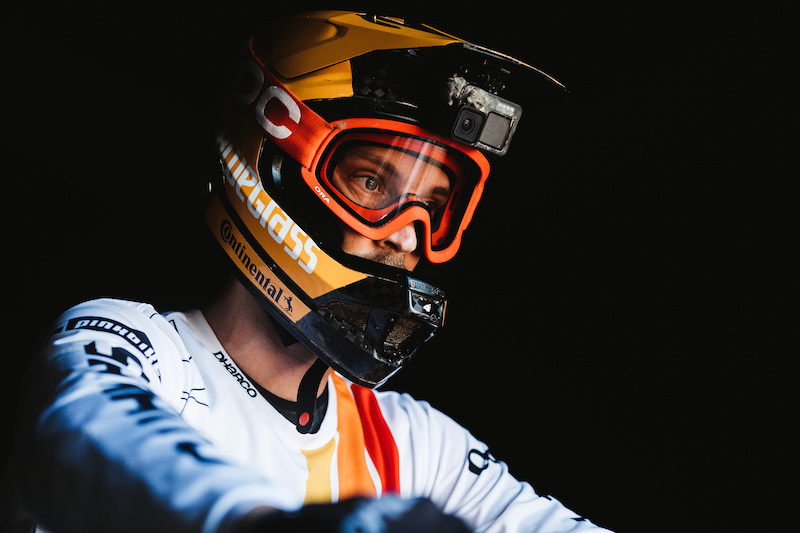 The truth is, working on the World Cup circuit is like any job that demands a lot of you. Demanding work is tiring, but also has its own reward. Starting from scratch, as a new team, was sometimes tricky. Other times it was incredibly difficult. As we close out this season, I don’t mind telling you that it wasn’t perfect. Results are the ultimate justification for any racing program and I think as individuals some of the PBR racers go home disappointed. And what do I think? I personally think that’s a pretty good thing. If all your dreams didn’t come true the way you thought and you weren’t disappointed, I would be downright worried.

As we look back on the year, with each up and down just another brushstroke on the canvas of what PBR is, let’s also remember that these runners, these humans, are doing something that a lot of between us wish we could do. Maybe we lack the courage, courage or enthusiasm to be a professional mountain biker, but we can follow their journey, take our hats off and thank them for being so real and having the courage to let us document their struggles and their tribulations. Because, while it takes courage to be a World Cup downhill racer, it’s a whole other level to open up to that level of scrutiny. So here are the brave PBR racers, both on two wheels and on two feet.

We left the first part by leaving Lenzerheide. Here, we leave for the World Cup in Andorra. Once again, thank you Ross Bell, Andy Vathis, Nathan Hughes, Nico Widovitch and Jack Tennyson for working with the team this year. Round 5 – Andorra – Dust in the Smoke

I’m going to let you in on a little secret. This year, especially in the beginning, we sometimes found ourselves guilty of making lemons out of lemonade. In some ways, it was new to be present in the eye of shit and it wasn’t really our fault. Vallnord’s World Cup organization was not worthy of the definition. It was almost non-existent. Meanwhile, they were still happy to charge you for pit space, even though where we actually pitted was miles away in a literal gutter. Either way, it was great to see how well the team coped with adversity.

It was our second race with Leona on board and she enjoyed the dry and dusty conditions. Aimi, on the other hand, found them difficult at first. The junior category is for learning and it was great to see Aimi recognize that it wasn’t right for him, process it, accept it and continue to do his best. The result may not have been the highlight of her season, but I think that’s where her winning mentality really shined.

Cathro always struggled with his wrists and did not make finals. Thibault, on the other hand, left with 46th place. I know it might not look like good newsand I don’t think Thibault would totally disagree with that, however, after the turbulent start to the season, it was just great to see him tick off the finals consistently.

Round 6 – Snowshoes – On Trail Technophilia

The racket has been on the calendar for a few years and still tends to deliver great runs. This year, however, was the first year he’s been wet for a race weekend. Honestly, the mud was like nothing else. This was not helped by inadequate washing facilities which made a labor intensive weekend worse. Forty-five minute queues were to be expected to get your hands on a low pressure hose with a broken gun.

The weekend, however, offered important moments. Jackson, who had broken his wrist six weeks earlier at Leogang, was back with the team. The day before the track walk, he completed two elevated blue tracks, his only time on the bike since the injury, and then managed to qualify. This achievement, again, shows just how much potential he has. I will always speak of Jackson in the highest terms. I just have this feeling that he has it – whatever this is. However, he also needs to get into a rhythm of riding his bike and enjoy it, and not have to jump into the depths to resume racing.

With him back and everyone qualifying, it was also the first time all riders made the cut for race day.

The last was Aimi really in contention for the win. In fact, at the top of this run, it was the first time we mentioned the W-word. The worse the weather gets, the sketchier the track, it just doesn’t seem to bother her. I really hope she can break her duck next year.

Round 7 – Mont-Sainte-Anne – Muscles and brains

I know that a lot runners from North America and the Southern Hemisphere struggle with the Eurocentric calendar, and I really sympathize with that. I think the North American leg is just a snapshot of what their life must often be like. That said, due to where the trucks are, I would say there are a lot of non-Europeans who are having a pretty good time on teams in Europe as well.

MSA appeared after the Swiss, Andorran and American rounds. There was a weekend stop after Vallnord, but with travel that didn’t mean much. After the 5 weeks on the road, everyone was pretty cooked by the time MSA came through. Six months sitting in a ditch with trench footing certainly wasn’t the case – but that doesn’t mean it was easy.

There was also the added pleasure of not having enough space on the flight that most teams had reserved for all the gear. There were a lot of last minute rentals and deals going on as people rushed to MSA in vans and avoided risking their bags not getting on the plane.

It’s only a mountain bike team, and there’s really only a few bikes with a few people coming down mountains on them, but was it still great to get to the end. At first I wondered if we as staff and individuals of Pinkbike were going to spend this season giving the riders what they needed. After the depressions of Lourdes, I felt a great relief to reach the end. Cathro too, I imagine. I think there are so many levels in Ben. Yes, he runs, presents and manages, but there is also a family man who spends a lot of time away from his wife and young children. There were learning curves, false starts and emergency stops, but damn it – he’s a nice guy who never shied away from trying hard or getting into trouble when it came down to him. him. He always took it on the chin and got stuck in it.

Sadly, the final encore of 2022 came a day earlier than we would have liked for half of the riders, with Ben and Jackson missing out on the final. It really wasn’t Jackson’s year. Again, applying the same lens as us to Ben, it’s easy to see an 18-year-old trying to make his way in the world. The good results might not quite add up, but you have to realize what an incredibly demanding time his mind, body, and spirit have gone through over the past couple of years. I know it doesn’t show on paper, but the fact is he’s been kicked out a bit and he’s still coming back for more. It only increases my hopes and wishes to see him succeed in the future and fulfill his potential. This year has served a purpose in terms of development and learning lessons that I really hope will serve him well later in his career. These are lessons everyone has to learn at some point, Jacko just released his early.

Aimi, of course, was something like PBR’s golden child. Her results have been fantastic and she should be extremely proud. She’s growing at such a pace, who knows where it might take her? I really hope to see Aimi continue to unravel the complexities of racing at World Cup level and develop herself so that when the elite class calls her, she can do it in her stride. A big part of World Cup racing isn’t about going wild or hanging out, but rather about improving the efficiency of a rider’s procedures. How fast can they learn a track? How fast can they refine their lines? How much do they plan for contingencies? While seeing Aimi’s talent has been fantastic this year and the results speak for themselves, we also have to appreciate his effort in the less spectacular aspects of racing.

Thibault has had a season of ups and downs. Coming to a new team, he really helped shape the culture of PBR and I think he was a real role model for Aimi and Jackson. He’s got the passion, he’s got the skills and the bravery, it’s like now he needs to break the glass ceiling to get to the next level. I wouldn’t be at all surprised to see him have a good off-season winter and finally crack that top 20. Again, you could say only around 50 runners. At Thibault, his incredible appetite for life and his work ethic sometimes seem like a double-edged sword. He’s incredibly busy with school and his placement, as well as trying to be a World Cup athlete. I think the fundamentals are there, which showed in flashes in 2022. I think for Thibault it’s more about evolution in 2023. I really think he can do something special and I would love the see.