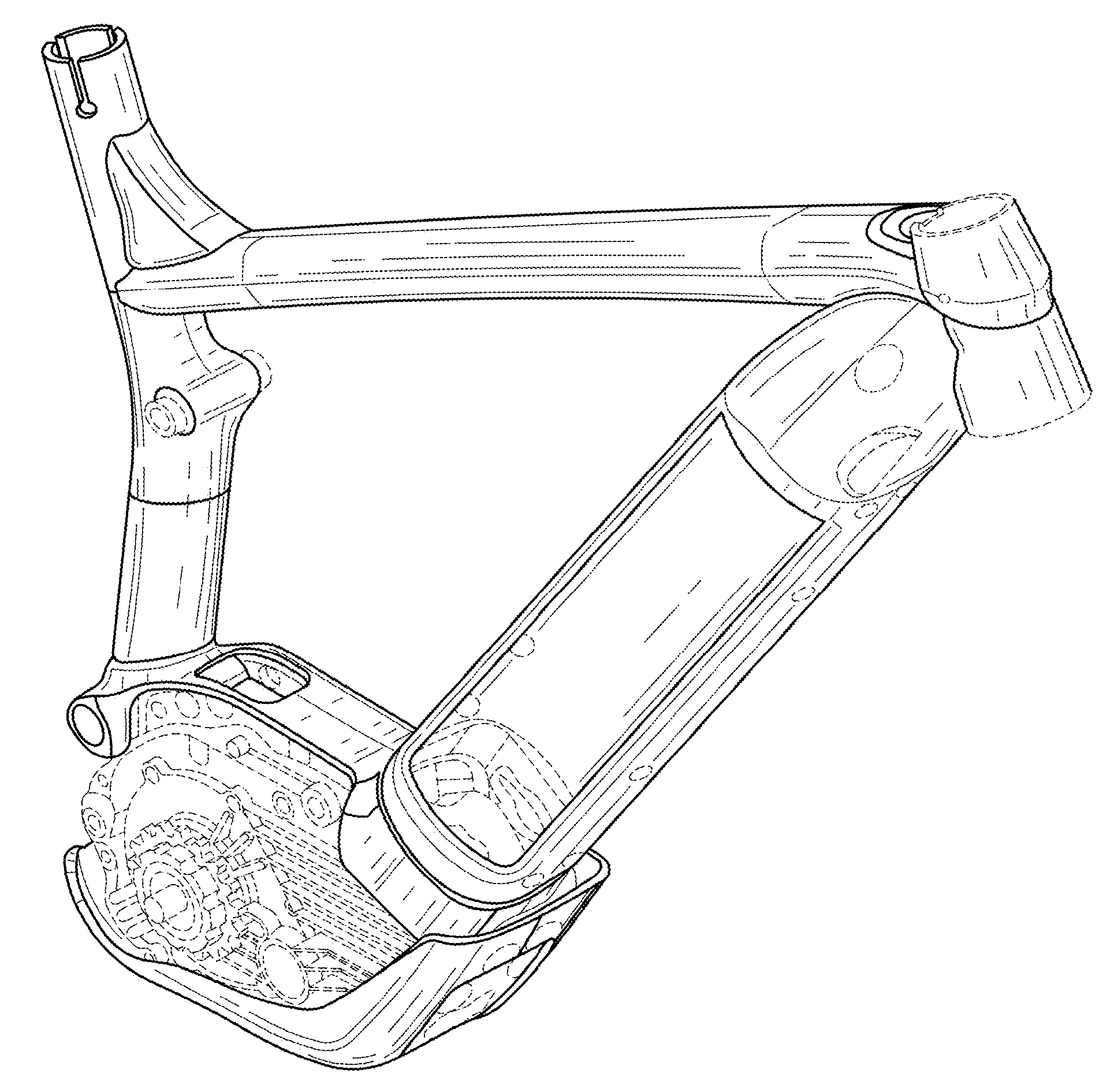 A version of this article originally appeared in the September issue of Bicycle Retailer & Industry News.

Major bicycle and accessory companies are increasingly using the US patent system to protect the appearance of their new products. In the United States, patents come in two forms: utility patents and design patents – the latter gaining popularity as a form of intellectual property in many industries, including that based on pedals (it there is a third type of patent specifically for plants).

A utility patent is what most people think of when discussing patents. In general terms, they protect how an invention works or is used. This includes machines, compositions of matter, articles of manufacture and processes (including methods). Meanwhile, a design patent protects the ornamental appearance of something – that is, how it looks, not how it works. It doesn’t mean paint schemes or graphics, but the shape and form of something.

For example: the internal components of a gear lever, shock absorber, headset, etc. and how they work together could be the subject of a utility patent. The shape and look of a crankset, bike computer, or even a frame (if distinctive enough) could be covered by a design patent.

It is in recent years that bicycle manufacturers, as in many other industries, have seen increased value in protecting their inventions with design patents. Between 2010 and 2020, design patents increased from 5.5% of the total number of patent applications filed in the United States to 7.4%. A catalyst for this interest has likely been a long-running lawsuit between Apple and Samsung over smartphone technology. After a decade of litigation, in 2018 Apple won more than $500 million for Samsung’s infringement of three design patents, but only $5 million for infringement of three utility patents.

Other companies in the industry with strong design patent portfolios include Garmin, many of which cover the look of watches, watch bands, watch bezels and bike computers. Electronics rival Wahoo had four design patents last year, covering a watch, a heart rate monitor strap, adjustable crank arms and even a stationary bike frame.

Some new products may not be functionally different enough from previous products to be granted a utility patent, but may be ripe for a design patent due to a novel appearance. Brake rotors are an example: in 2022 alone, SRAM was granted four US design patents for brake rotors. Another example is footwear, with Specialized having a design patent on flaps that overlap a shoe, in conjunction with dial fit systems like a Boa. A conventional bicycle frame with a front and rear triangle may be nothing new, but if there is a new tube curve or a new tube junction that has never been seen before, a patent of design can be a tool to prevent imitators from creating an identical look.

Consider this in the context of Specialized’s design patents for frames: obtaining a utility patent for joining a head tube with a down tube and a top tube may not be possible at all – and if it did, it would probably require a long and expensive legal process. process with the USPTO. A design patent, on the other hand, has much lower costs and is generally much more likely to be granted.

There may be another strategy behind design patents: selling on Amazon. Enforcing a patent through litigation is an expensive decision, often totaling millions of dollars and taking years. But Amazon has a robust internal program for enforcing intellectual property rights, in which complaints of infringement are received and addressed. Sources tell me that Amazon doesn’t get too weedy when it comes to scrutinizing patent infringement — instead, they often just remove the accused products from sellers’ listings if infringement seems possible. . Thus, a design patent can provide a simple, inexpensive, and quick way to weed out counterfeits from a massive market.

There are several notable exceptions to the design patent trend, including Shimano. The company was granted 137 U.S. patents in 2021, with just three of those design patents (all three were for fishing reels, not bicycles). Similarly, Italian rival Campagnolo has barely touched U.S. design patents in recent years, the most recent in 2019 for a crankset — and before that, a surprising one for a typeface in 2016. Fox Factory had 31 patents issued in 2021, but none were drawings. In fact, Fox hasn’t had any design patents for at least the past 10 years, though that may reflect its focus on in-house suspension technology, rather than more visible products.

Alan Coté is a registered patent agent and director of Green Mountain Innovations LLC. He is a former writer who has contributed to Bicycling, Outside and other magazines, and a former elite-level racer. He also serves as an expert witness in bicycle-related legal cases. Nothing in this article should be taken as legal advice, nor does it establish a customer relationship.