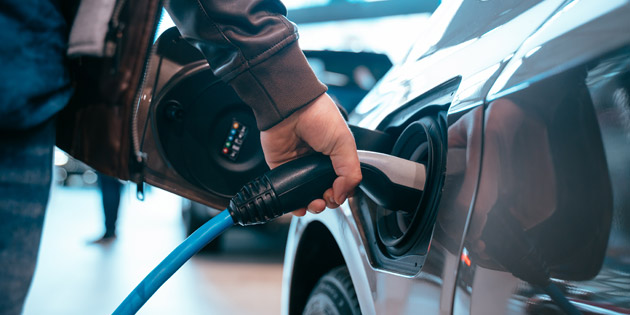 ATLANTA — Georgia is one of the first 35 states in the nation to be approved by the FHWA for the National Electric Vehicle Infrastructure Plan.

The Georgia Department of Transportation (Georgia DOT) announced that Georgia was one of the first 35 states in the nation to receive approval from the Federal Highway Administration (FHWA) for its National Electric Vehicle Infrastructure Plan (NEVI ). With this approval, Georgia DOT can proceed with the design of the implementation to ultimately compel its allocation of approximately $130 million in federal funds for electric vehicle charging infrastructure over the next five years.

“After careful planning and investment through strong public-private partnerships, Georgia is now a national leader in the electric mobility industry, with automakers, battery manufacturers and recyclers, and others supporting businesses announcing record jobs and investment in our state,” Governor Brian Kemp said. “As we strive to stay at the forefront of this emerging industry, I am confident Georgia DOT’s efforts will play a vital role in building infrastructure to support this growth.”

“Georgia’s plan approval is another important milestone in the state’s work as a leader in electric mobility,” said Georgia DOT planning director Jannine Miller. “Complementing Georgia’s success in attracting significant automotive and manufacturing investment, this early approval lays the groundwork for the state to use NEVI program funds to help close the DC fast-charging gap for the traveling public, primarily in rural and underserved areas.”

In the coming months, Georgia DOT will develop options to implement the approved NEVI plan by evaluating the most effective methods to achieve Georgia DOT’s five goals: compliance with federal rules; client-focused investments; optimized economic development; deployment in partnership with the private sector; and sustainable and reliable charging station operations. Georgia DOT’s ongoing work will include increased outreach to key stakeholders, collaboration with state electric utilities, and an initial round of public outreach to gather information on ways to achieve the NEVI goals of Georgia DOT.

“Georgia DOT is committed to remaining responsible stewards of taxpayer dollars while federal guidelines for the deployment of NEVI funding are being finalized,” said Georgia DOT Commissioner Russell R. McMurry. “We are delighted that our plan has been approved and we will now begin to focus on taking the time necessary to understand and comply with the final federal rules as they are rolled out, interacting with industry partners and the public and create an effective program to use NEVI funding. .”

Consistent with federal guidance released to date, the Georgia DOT plan indicates that the first NEVI fund deployment will occur along Georgia’s Alternative Fuel Corridors (AFCs), which are along I-75, I-20 , I-85, I-16, US 82, US-441, I-95, I-985/US 23, I-575/GA 515 and I-185, as designated by the Federal Highway Administration (FHWA ). Over the next few years, NEVI funds must be invested in DC fast-charging stations that comply with federal guidelines. Among the key requirements, each station must have at least four ports that can simultaneously charge at 150 kilowatts, be located along all 50 miles of the AFC, within one mile of the exit, and be accessible to the public 24 hours. out of 24.

The NEVI Formula Program was created by the bipartisan Infrastructure Act of 2021 with the goal of rolling out a national network of electric vehicle charging stations to catalyze the construction of a convenient, reliable, affordable and equitable experience for all the users. The program is authorized for nearly $5 billion nationwide over the next five years.

The Georgia Department of Transportation plans, builds, and maintains state and federal highways in Georgia. We are involved in bridge, waterway, mass transit, rail, general aviation, bicycle and pedestrian programs. And we help local governments maintain their roads. Georgia DOT and its nearly 4,000 employees are committed to providing a transportation system focused on innovation, safety, sustainability, and mobility. The ministry’s vision is to drive Georgia’s competitiveness through leadership in transportation.