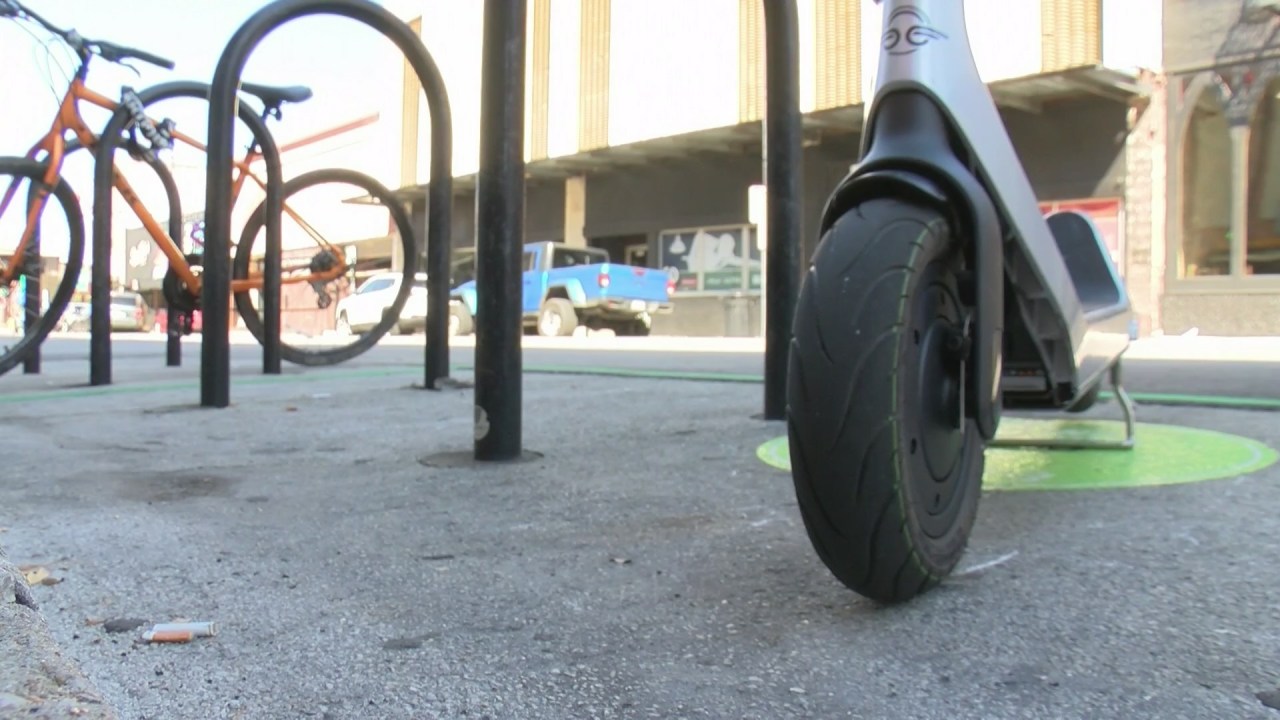 SPRINGFIELD, Mo.- Earlier this summer, the city was talking about bringing electric scooters to Springfield. Now, after weeks of debate, they are available to people.

E-scooter parking areas will be marked with green areas indicating “scooter parking only”. Today we saw many people downtown enjoying the weather and zooming by on the new bird scooters.

“For them to go through our two parts of town and the main Springfield campus, I think they’ll get used to it quite often,” said one Springfield resident.

READ NEXT: Scooters are on their way to Springfield

Bird electric scooters and bikes are available in over 400 cities around the world, but now they’re right here in Springfield. The city of Springfield has approved 20 scooters in downtown and shopping districts, now they’re even available on the Missouri State University campus.

“I feel very comfortable with them on the street,” said another Springfield resident.

Electric scooters in the city center and commercial streets will only be allowed in certain places. Even after approval, the city of Springfield was still concerned that the scooters would cause trouble or become a public nuisance. These rules are in place to prevent this.

Students, meanwhile, say these scooters have helped them on campus.

“Here on campus, which students use to get out of their classes.” Says an MSU student.

Overall, people feel that the scooters have been used in the right way and the city’s talk about scooters being a public nuisance has not been an issue.

The scooter’s first day here in Springfield was September 1, 2022, but they’re available worldwide in over 400 cities.